In the Northern region, the price of live hog today stood still, fluctuating in the range of 56,000 – 57,000 VND/kg. Specifically, Hung Yen, Thai Nguyen, Thai Binh, Ninh Binh and Hanoi continue to be the leading localities in the region with the purchase price reaching the milestone of VND 57,000/kg. Following closely behind are Bac Giang, Yen Bai, Lao Cai, Nam Dinh, Phu Tho, Ha Nam, … when anchored at the mark of 56,000 VND/kg. This is also the lowest transaction price in the region up to the present time.

In the central region and the Central Highlands, the purchase price of live hogs today is flat across all localities, ranging from 54,000 to 56,000 VND/kg. In which, Ha Tinh, Thua Thien Hue and Dak Lak are currently purchasing for 54,000 VND/kg, unchanged from yesterday. Thanh Hoa, Quang Tri, Khanh Hoa, Lam Dong, Ninh Thuan and Binh Thuan are the localities with the highest live hog prices in the region when anchored at 56,000 VND/kg. Many remaining provinces continue to trade at 55,000 VND/kg.

In the South, the live pig market purchased today increased sporadically compared to yesterday, fluctuating between 55,000 and 58,000 VND/kg. Accordingly, after increasing by 1,000 VND/kg, traders in two provinces Soc Trang and Vinh Long are purchasing live pigs for 57,000 VND/kg, along with Tien Giang, Tra Vinh, and Ben Tre. The lowest price in the region is 55,000 VND/kg, recorded in Binh Phuoc, Dong Nai, Vung Tau and Kien Giang provinces.

On June 1, the Ministry of Agriculture and Rural Development held a press conference to announce the results of research and commercial production of the African swine fever vaccine. Accordingly, it is expected that on June 3, 2022, this historic achievement of the livestock industry will be officially announced. The vaccine is about to be announced with the trade name NAVET-ASFVAC.

In the Northern region, the price of live hog today decreased by 1,000 VND/kg, ranging from 56,000 to 57,000 VND/kg. Specifically, Hung Yen, Thai Nguyen and Hanoi together adjusted their transactions to 57,000 VND/kg, equal to Thai Binh and Ninh Binh provinces, the highest in the region. Traders in the remaining provinces still buy live pigs for 56,000 VND/kg.

In the central region and the Central Highlands, the purchase price of live hogs today was less volatile, fluctuating between 54,000 and 56,000 VND/kg. Most provinces and cities are purchasing live pigs stably in the range of 55,000 – 56,000 VND/kg. Particularly, Dak Lak province lowered the price slightly to 54,000 VND/kg, on par with Ha Tinh and Thua Thien Hue provinces.

The training program was organized by the Center for Environment and Sustainable Development, the Central Committee of the Vietnam Farmers’ Union and the Farmers’ Association of Binh Phuoc province, for breeders and veterinary agents in Binh Long town, district. Loc Ninh and Hon Quan, Binh Phuoc province. At the training session, farmers were instructed on the use of probiotics in livestock production, techniques for care, prevention and treatment of livestock diseases, according to the Vietnam Agriculture Newspaper. Through the training program, experts will help farmers gain more knowledge about safe livestock. Thereby, minimizing the negative impact on consumers’ health due to the abuse of antibiotics, weight gainer in livestock, and at the same time reducing the damage caused by diseases in livestock farming.

In the North, live hog price today did not have a new adjustment compared to yesterday, fluctuating in the range of 56,000 – 58,000 VND/kg. Most of the localities in the region continued to maintain the transaction level around 56,000 VND/kg, including Bac Giang, Yen Bai, Lao Cai, Nam Dinh, Phu Tho, Ha Nam, Vinh Phuc and Tuyen Quang. Hung Yen, Thai Nguyen and Hanoi still hold the leading positions in the region with the price of 58,000 VND/kg. The same purchase at 57,000 VND/kg includes Thai Binh and Ninh Binh, flat compared to yesterday.

In the Central region and the Central Highlands, the purchase price of live hogs continues to level off today, fluctuating between 54,000 and 56,000 VND/kg. As recorded, the lowest price in the region is 54,000 VND/kg, available in two provinces, Thua Thien Hue and Ha Tinh. Meanwhile, Thanh Hoa, Quang Tri, Khanh Hoa, Lam Dong, Ninh Thuan and Binh Thuan continued to stay high at 56,000 VND/kg. Nghe An, Quang Binh, Quang Nam, Quang Ngai, Binh Dinh and Dak Lak are trading at 55,000 VND/kg.

According to Mr. Nguyen Truong Giang, Head of Dong Nai Animal Husbandry and Veterinary Sub-Department, in 2021, African swine fever will re-emerge and spread widely in Dong Nai with more than 70 breeding facilities in 8 districts. outbreak appeared, according to Vietnam News Agency. The number of pigs to be destroyed is nearly 2,200. However, in the first 5 months of 2022, the province only recorded 4 outbreaks in 4 communes in Nhon Trach district with 35 pigs culled. In particular, from the end of February 2022 until now, the whole province has not appeared a new outbreak. Mr. Nguyen Truong Giang added that over the past time, Dong Nai has implemented many solutions synchronously, concentrating resources to completely handle the outbreaks, not to cause new outbreaks. Strict control of the re-herd of livestock establishments does not ensure biosecurity. 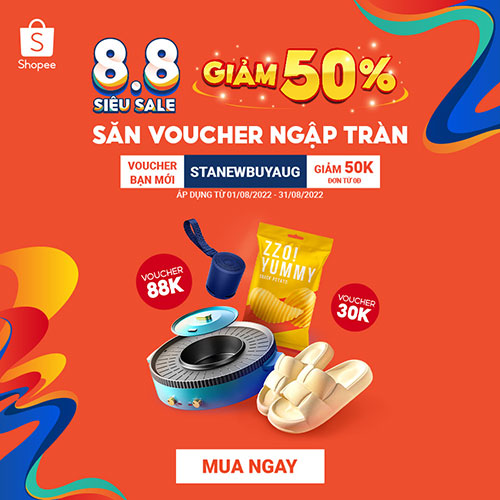